The church is listed Grade II Dating from the mid -12th century AD. The oldest part being the tower dating from between 1160 and 1250 AD. The Church itself is built of Northamptonshire's ironstone which is thought to have been quarried locally and a slight pinkish tone on the stonework at the base of the tower suggests that at some point during it's history there has been at some fire damage to the building. 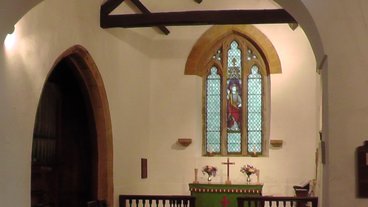 The nave dates from the 14th century, and the chancel from a the 15th century,. The organ chamber is dated from the 19th century and was thought to have originally been built as a vestry for the Church. The final addition, the porch on the south side of the Church, is a Victorian addition. 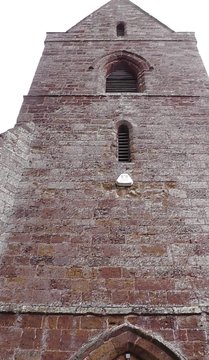 The gates at to the churchyard were added in 1900 with new underfloor heating added in a 1901 it then being extended in 1929. In 1983 the wooden floor of the nave was replaced because of problems with the Beetle damage. Its is interesting to note that electricity was not brought into the Church until 1950 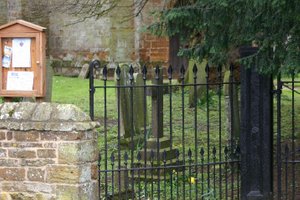 oration of the Church took place in 1879. This new restoration included new floor tiles, new pine pews, which replaced the previous oak ones, a new pulpit and reading desk, replaced all the windows with new ones, which included stone mullions, and a new Font. It was during this restoration that the balcony at the rear of the Church, which would have have housed the village band was removed. Amazingly all this work cost only £400 and the Church was reopened for use on the 10th September 1879. 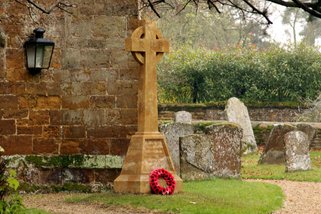 This Memorial was erected in memory of those from this Parish

2009 saw the first service held in front of the newly restored Memorial.

Click here to see more pictures of the church